From a legal point of view, the case for impeaching Trump may well be difficult to resist. Politically, though, its a different story 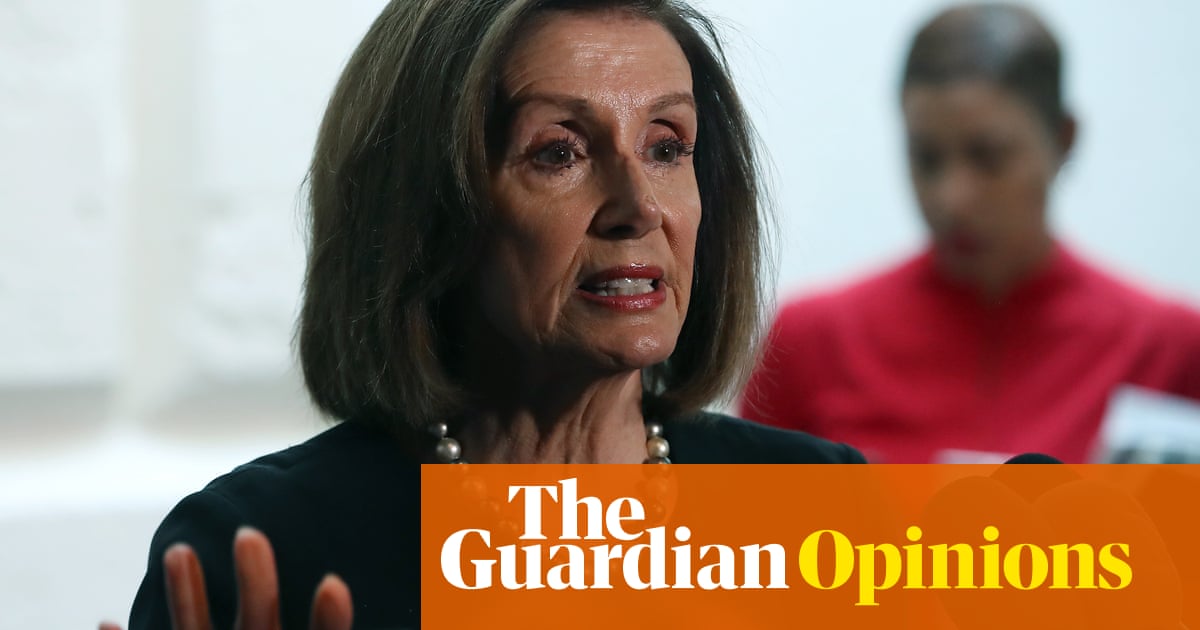 The anguish that preceded the Democratic partys momentous decision to initiate impeachment proceedings against Donald Trump is not without cause. While some have celebrated the partys resolve to finally embark on a process they had been demanding for months, the situation this puts Trumps opponents in is nothing short of tragic. The reason is that it imposes contradictory demands on the Democrats, which leave them no easy way out.

On one hand, the evidence that Trump may have abused his powers in a variety of ways since assuming office is becoming increasingly difficult to ignore. If these actions do indeed amount to high crimes and misdemeanors or even just a violation of his oath to protect the US constitution then it is not just Congresss constitutional right, but also its legal duty, to initiate impeachment proceedings.

What Nancy Pelosi said about Trump in her announcement yesterday also applies to Congress as a whole: Nobody is above the law. So, if crimes have been committed, they must be pursued and impeachment is the procedure specified by the constitution for this type of pursuit.

On the other hand, from a political point of view, the legal drama that is now set to unfold will most likely harm Democrats. This is not just because there is very little chance that the Republican-controlled Senate will ultimately vote to depose the president by a wide enough margin; and if that fails to happen, the whole thing may well backfire as it did for the Republicans after their failed attempt to depose Bill Clinton by impeachment in 1998.

There is a deeper reason why attempting to impeach Trump is politically counter-productive for Democrats. Up until now, the momentum in the presidential campaign was clearly on their side. Even though Trumps core basis of electoral support has proved surprisingly resilient, his opponents were on the offensive on a number of key substantive issues, ranging from healthcare to the environment, up to the economy (especially if, as seems likely, the country is now headed towards a recession, in no small part because of Trumps unpopular trade war with China).

Despite its procedural flaws and the deep disagreements it has laid bare, the Democratic primary process has so far demonstrated an ideological vitality and combativeness that hadnt been seen for decades, either within the US Democratic Party or, frankly, any other left-leaning political force in consolidated Western democracies. Now, the risk is to squander that political energy into a legal dispute over Trumps dealings with Russia and the Ukraine.

It shouldnt be surprising, therefore, that Trump has long seemed to invite the opportunity to convert this electoral campaign into a further highly-mediatized circus over his fitness for office. As has already been amply demonstrated, he is far better at personalized polemics than at actually running the country.

Nor is there any evidence that when his misdeeds become public that they will have a significant effect on his popular support. On the contrary, they may even serve to reinforce his populist appeal, by confirming the narrative that the countrys establishment and deep state are conspiring to prevent him from fulfilling his political mandate.

A cautionary example may be offered here by a figure that anticipated many aspects of Trumps political style. During the time of Silvio Berlusconis premiership in Italy, the countrys left-leaning Democratic party virtually converted itself into a party of impeachment. Although one of the many proceedings initiated against him did result in condemnation, ultimately forcing him out of office, the fact that Berlusconi was not defeated politically at the polls, but only juridically in court, meant that the underlying reasons for his electoral popularity were never dented. Thus, even after Berlusconis ouster, the country has seen a succession of populist leaders replicating important features of his political style and substance from the comedian-turned-politician Beppe Grillo up to the far-right nationalist Matteo Salvini.

This shows that there is a risk of legal proceedings distracting from the underlying political issues. If that happens, the US may at most get rid of Trump himself, but wouldnt necessarily overcome the broader problem of Trump-ism as a political phenomenon. To be sure, that shouldnt matter from the point of view of the integrity of the institutional system, but it is a problem for anyone who wants to replace Trumps substantive policy agenda with something better.

The only way out of the conundrum is for Trumps political opponents to hold as tightly as possible onto a conceptual distinction that is especially precarious in a country with a long history of the judicialization of politics: that between law and politics.

While, from a legal point of view, the case for impeaching Trump may well have become difficult to resist, politically, it is imperative that the Democratic party not allow this to overshadow the more substantive grounds for its opposition to him. For, what ultimately matters to electors are the concrete political alternatives that are being offered to them.

If Trump has committed any crimes, he should be tried for them according to the procedures that are in place for doing so. But this is not what Democrats should be making the upcoming presidential election about.