Want to wield your sexy mindset and confidence to your advantage?

Gone are the days where you can be sexy by the way you dress and groom. Today, sexiness is more than what you see. It has something more to do with a je ne sais quoionly a few people have. Real sexiness can’t be manufactured. Those who have dynamic attractiveness draw people in even without making an effort.

Sexiness is a state of mind that starts deep within yourself. It is more than the physical and superficial concepts that others tend to prioritize. When it comes to manifesting one’s sexual energy, most people start on the wrong footing.

Bring your sexy back one page at a time with Amine Salhi’s How to Feel Sexy: The Art and Science of Feeling Sexy and Being Confident!

Discover the simple yet effective ways on how to express your sexuality. Channel your sexual energy without relying on material objects. Amine Salhi’smanual delves deeper into the authentic meaning of one’s confidence and allure as a mindset.

The universal concepts discussed in this book applies to everyone. Captivate anyone’s attention at will. Use the book’s wisdom to form good and healthy habits and effective techniques on how to flirt using verbal and nonverbal cues.

Visualize your desires and let this book pave the path for you to find the best version of yourself. Develop a positive ambiance and redefine your romantic and social life while being guided by an expert.

In this eBook, you’ll encounter:

✅Self-care strategies and cues for affirmations and visualization

✅Flirting techniques for all ages and gender

“Quick and concise read with some very useful tips on how to feel better and more confident.

I appreciate the easy to read format and gleaned much helpful information from this.

The book doesn’t attempt to sell you anything or make you spend money on external things like clothes and jewelry but instead asks you to look inwards, and as with healing, feeling sexy and being confident starts in the mind. No amount of brand new clothes or whatever else will make you feel sexy. You have to want it.

A good and useful read for singles and couples alike. I will recommend to my shy best friend.”

“This is a great book if you lost or just want to feel sexier. Does a great job giving helpful detailed strategies to accomplish in feeling sexy. Easy to read and understand. Even easier to get to the point of sexiness you desire.”

An extremely rare copy of Harry Potter–adjacent book The Tales of Beedle the Bard, handwritten by series author J.K. Rowling herself, sold Tuesday in England for a whopping £370,000 (about $470,000).

If you’re a Potterfile, then you know the significance of the book in the series — and you also know how incredibly cool it is to have a book handwritten by Rowling herself.

A brief recap for Muggles: After Dumbledore’s death, the Hogwarts headmaster bequeathed a first edition of the popular wizarding children’s tales to Hermione Granger in Harry Potter and the Deathly Hallows. On the page where the important “Tale of The Three Brothers” began was the mark of the Deathly Hallows — three items that, if used together, could make a wizard a “master of death.”

The bejeweled brown leather book was owned by the publisher who first signed Rowling, Barry Cunningham, and was one of only six copies she had given to people “most closely involved in the Harry Potter books.” Each book is written in Rowling’s hand and includes original illustrations as well.

The inscription on this one-of-a-kind work says: “To Barry, the man who thought an overlong novel about a boy wizard in glasses might just sell… THANK YOU.”.

Some of the proceeds of the book will go to Rowling’s charity, Lumos.

Author Brit Bennett has a rule for writing:

“Whenever I am writing something that makes me uncomfortable, I want to go into the direction of that discomfort,’ she said. “The discomfort is not a reason not to write it. Its a reason to write it.

It’s this rule that has allowed Bennett to write her book The Mothers, a moving and beautiful novel that tackles the complex and painful themes of suicide, abortion, religion, family and loss.

The novel begins with Nadia, a girl who, after the death of her mother when she is 17, has a fling with the son of a pastor, gets pregnant and decides to terminate the pregnancy. The story then follows Nadia throughout her life, exploring how the repercussions of that decision effect not only her but also her community and her future relationships.

This week on the MashReads Podcast, Bennett joins us to discuss the book.

Join us as we talk to Bennett aboutThe Mothers, finding success at a young age, writing about uncomfortable themes and finding wisdom in literature.

As always, we close the show with recommendations.

Also, if you are looking for something new to read, check out our official MashReads November book club selection: The Sun Is Also A Star by Nicola Yoon. Yoon will be chatting with MashReads IRL on Nov. 29, at 7:00 p.m. ET, at McNally Jackson in New York City. We hope you can join the discussion. And if you’re looking for more book news, don’t forget to follow MashReads on Facebook and Twitter.

The writer, who died this week aged 71, began his career late in his tumultuous life, exploding onto the literary scene with his Vietnam story The Pugilist at Rest 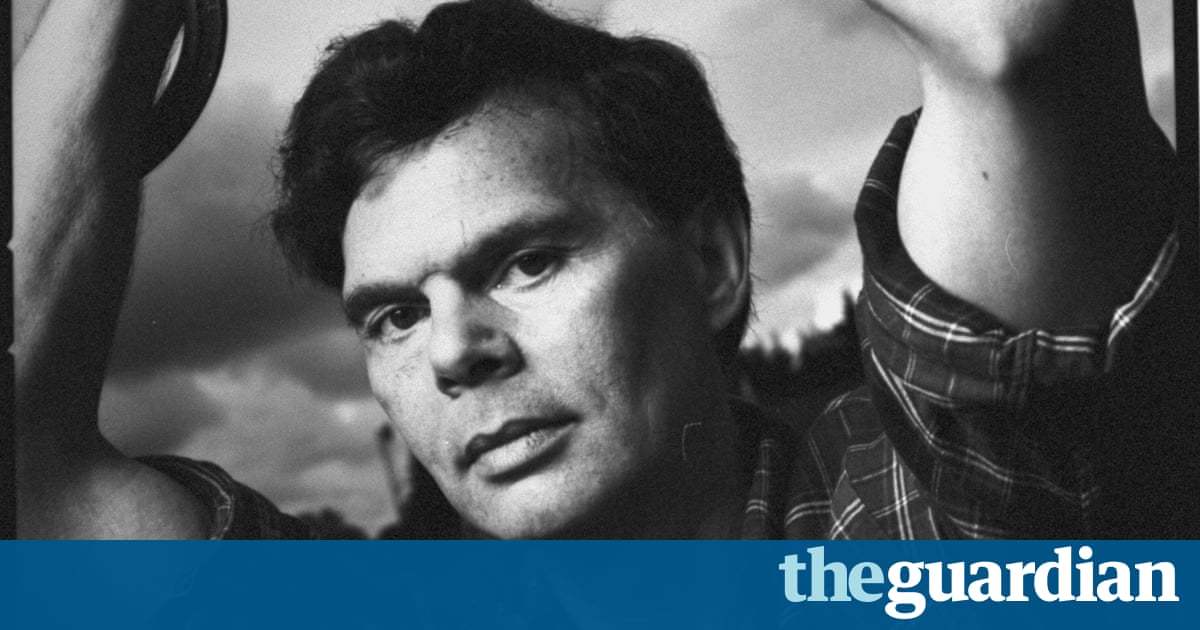 Thom Jones, the Illinois-born short-story writer who has died, aged 71, of complications from diabetes, rocketed onto the literary scene in 1991, when the New Yorker published his Vietnam War story The Pugilist at Rest. But Jones was no wunderkind: he was in his mid-40s when fame arrived, and had already lived a tumultuous and fascinatingly varied life.

Joness father a schizophrenic who killed himself was a boxer, and arranged lessons for Jones from a young age. When Jones enlisted as a Force Recon Marine in the 1960s, it was a boxing match that prevented him from shipping out to Vietnam with the rest of his platoon, all but one of whom would be killed in action. Instead Jones, badly beaten by a fellow soldier, was discharged from the army with temporal lobe epilepsy the same type of epilepsy it is believed that Dostoevsky suffered from.

A civilian again, Jones enrolled in college, and in the early 1970s took the MFA in creative writing at the Iowa Writers Workshop. He didnt walk straight into a book deal like some of his classmates, however. Instead he became an advertising copywriter, and later a janitor. During the 11 years he was janitor he claims to have read roughly 10,000 books. This was reading that had to be done, he told an interviewer in 1998, and most people working at professional jobs just dont have that kind of leisure. During this period, and up until the mid-1980s, Jones struggled with alcoholism. He developed diabetes, and also suffered from depression. He remained on a lot of medication for the rest of his life, one of numerous biographical facts reflected in his fictional characters, who are among the most frequent pill poppers in literature.

Overcoming his alcohol addiction seemed to be the biggest factor in Jones being able to produce the stories he wrote in the early 1990s. For me it was easy, he said, perhaps disingenuously: Produce a text that was so good, an editor could not reject it. There is another parallel here with Dostoevsky, often referred to in Joness stories. When he was writing The Idiot, a novel whose protagonist, Prince Myshkin, experiences several temporal lobe-type seizures, he explained to a friend why he had abandoned a first draft: I said to hell with it all. I assure you that the novel could have been satisfactory, but I got incredibly fed up with it precisely because of the fact that it was satisfactory and not absolutely good.

Just how easy it was for Jones is debatable, but The Pugilist at Rest was undeniably too good to be rejected. A first-person account of a marine who becomes the sole survivor of an ambush in the Vietnamese DMZ, the story, as with many of Joness stories, powerfully conflates autobiography and fiction, and weaves hypnotically between dramatic scenes and essayistic digressions. Jones uses the image of the Roman statue The Pugilist at Rest, based on an earlier Greek original, as a way in to discussing the marriage of violence and art. He wonders if the statue depicts Theogenes, the greatest boxer in antiquity:

The sort of boxing Theogenes practiced was not like modern-day boxing with those kindergarten Queensberry Rules. The two contestants were not permitted the freedom of a ring. Instead, they were strapped to flat stones, facing each other nose-to-nose. When the signal was given, they would begin hammering each other with fists encased in heavy leather thongs. It was a fight to the death. Fourteen hundred and twenty-five times Theogenes was strapped to the stone and fourteen hundred and twenty-five times he emerged a victor.

The narrator tells us that Theogenes fought at the approximate time of Homer, the greatest poet who ever lived. Then, as now, violence, suffering, and the cheapness of life were the rule. The narrator himself embodies this divide between culture and violence. He quotes Schopenhauer and Dostoevsky, but he also viciously attacks a fellow trainee marine, and later describes the reservoir of malice, poison, and vicious sadism in my soul that poured forth freely in the jungles and rice paddies of Vietnam.

The central relationship in The Pugilist at Rest, between the narrator and his buddy Jorgesen, is often repeated in Joness work. Its there in the relationship between the young narrator and the boxing trainer and surrogate father Frank Coles in As of July 6, I Am Responsible for No Debts Other Than My Own, and between the boxer Prestone and his alcoholic trainer Moore in Rocket Man, Joness favourite of his own stories. But these man-to-man relationships were not the only ones Jones was interested in. I Want to Live!, selected by John Updike for his Best American Stories of the Century anthology, is a monologue by a woman dying of cancer. A Midnight Clear, one of the pieces Jones described as his nuthouse stories, describes a woman and her stepson going to visit a schizophrenic cousin in the state hospital. 40, Still at Home presents an aging, hypochondriac son tormenting his genuinely sick mother.

Joness legacy, however, will be defined by his Vietnam stories, uncannily authentic-seeming explorations of a reality that he was bound for but never actually experienced. That fact gives an obsessional, guilt-ridden sense to his constant returns to these same characters who, like the soldiers of Tim OBriens The Things They Carried, pass from story to story, a bit part player in one becoming the lead in another.

At the end of The Pugilist at Rest the narrator expresses a sense of guilt that he has taken the credit for killing North Vietnamese soldiers that his dead friend Jorgesen killed. When I think back on it, he writes, my tale probably did not sound as credible as I thought it had at the time. I was only 19 years old and not all that practiced a liar. Are these solely the words of Joness narrator, or do they speak to the misgivings of a writer who was often mistakenly described by reviewers as a Vietnam veteran? A fascinating obsession appears to lie at the heart of Joness fiction, one that generated some of the most visceral acts of imagination of the last 25 years.